Karl Kasten gave his opinion. He was a respected art authority, artist, and Professor of Art at UC Berkeley for 33 years, and eventually the chairman of the UC Berkeley Art Department. He was a contemporary of Jackson Pollock and also studied with Hans Hoffman and Stanley William Heyter. After close examination of paintings from the Pollock’s Paradigm, in 2007, he stated: “They are beyond question the work of Jackson Pollock.” The following are some of his writings about the Pollock’s Paradigm collection.

ARTIST UNKNOWN by Professor Karl Kasten The works lie hidden, closeted, imprisoned They must find freedom, to be seen, minced, to live in all their glory. Why should they be sequestered for more than half a century? Can they be declared real? Who is to say them nay! Who will say they are real? Who can say these are the work of a creative genius. One of the greatest. Of whom de Kooning said, “He broke the ice!” Who will assume authority to declare them real? I will. I am the painter-educator who introduced the study of materials and techniques of painting at the University of California in 1961, and recognized the significance of unknown Egon Schiele in 1956. It was my judgment that influenced the careers of Elmer Bishoff, Allssandra Comini, Christopher Brown, et ialia. These works will enjoy the light of day to the delight of the world.

McCoy was the name of a prizefighter who became so successful that an imitator took his name. Consequently, when he entered the ring he would announce, “Here I am, the Real McCoy.”

Jackson Pollock’s father was born a McCoy, but was given up for adoption and the adopting parents, the Pollocks, gave him their family name. I have been asked to examine a group of paintings reported to be the work of Jackson Pollock. The group is comprised of fifteen canvases and thirty-five works on paper. As of this date, November 7th, 2007, I have studied six canvases and seventeen works on paper in the collection. They are beautiful. I was particularly struck by the paintings in mixed media on paper, 26×40 inches. The paintings are so beautiful that I want them declared “the real McCoy!”

Jackson and Einstein were all about the ultimate nature of reality. Jackson did not talk much about his work but he did say “I am nature”, and Einstein put it in the equation E=mc2 (mass and energy interacting). Robert Oppenheimer put it another way, he said the ultimate nature of reality must be something in between mass and energy. Jackson in his painting made this “something” manifest. That is the exciting thing about his work- it is not totally abstract, it is representational; it represents what he revealed between his action in painting (energy) and his material (mass). Jackson was not alone, no man is alone. DeKooning said, “Art is a railroad going back to Mesopotamia”. All art forms we enjoy today had antecedents in the past. In Jackson’s case his immediate leaders were Paul Gauguin for linear quality (the physicist’s definition of line is that it is the “trace of a point in space”), Paul Cezanne for spatial quality, and Vincent van Gogh for mass. Paul Gauguin (1847-1903) was the first artist to use the term “abstract” in reference to painting, he was the first to reveal that line could be more than the manifestation of a contour, that it could be designed, that it could be an important plastic element in a composition taking its place along with color, value, and texture. He was also the first to use color as color. Paul Cezanne (1839-1906) revealed that the space in painting could be more than a matter of volume and void, that the picture plane could be more than a flat space for representing objects, that there could be spacial density in painting (at the same time that Einstein was formulating new concepts about space). He created this new sensation of density by painting objects (positive shapes) and the field around them (negative shapes) with the same small brush strokes, which could be called facets of color. He painted the entire surface in this same system, there was no longer a ‘picture box” but an area filled with colorful energy. He was highly regarded by his contemporaries, but when asked the secret of success, he answered, “you must study the sphere, the cone, and the cube.” The statement had no relation to his own work, but was a popular edict of art teachers at the time. His work led directly to Picasso’s analytical cubism. Vincent van Gogh (1853-90) discovered that the material with which an artist worked, the medium, could play an important role in the creative process, that it could be an element along with the other “plastic means”- color, value, texture, and line. He was the first artist to employ a heavy impasto of pigment throughout a composition. The tactile, visual, quality of the medium provided an aesthetic factor to his work. He was well aware of this as is shown by the fact that before a painting was completely dry he would often press the skin of pigment to influence its shape when dry (some critics believe this happened because the paintings pressed together when stacked, not so!). The work of these three forebearers led Jackson to conceive of the direction his work was to take. Through his drip and pour technique he isolated Gauguin line. He created his lines by removing paint at the end of a stick from a container, suspended it in the air above his canvas, and determined its character by the height and speed by which he let it drip to the canvas on his studio floor. His entire body was involved as he worked around the canvas dripping and splashing his colors with sweeps of his arms. His was “action painting” using energy and working in space. The resulting work certainly was not a “volume and void” composition, it has the density of a Cezanne and reflects the utilization of materials as one of the essential plastic means introduced by van Gogh. 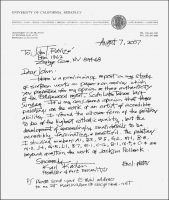 Ibram Lassaw was Pollock’s friend and neighbor. Lassaw was a member of the East Hampton Art Colony and had known Pollock since the 1930s. He became a close neighbor in 1954. He writes on October 27, 1999, that both he and his wife Ernestine were very interested in the photographs of the paintings from Gabor Nemeth’s collection (Pollock’s Paradigm), and that “they both thought that they were genuine Pollock paintings.” Mr. Lassaw had visited Pollock’s studio a few weeks before the fatal accident and states that Pollock was painting “huge canvases on the floor” at that time. He also stated that Pollock used acrylic paints! “Many artists used acrylic because it was cheaper, and Jackson used a tremendous amount of paint…”  Ibram Lassaw. He also stated that “a couple of weeks before his fatal accident… He was painting huge canvases on the floor.” 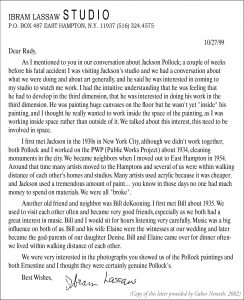 Tony Vaccaro was a friend and noted photographer. He photographed Pollock working in the studio in 1953 and 1954. In 1999, he was shown two paintings from the Pollock’s Paradigm collection and wrote: “I have studied the images of the drip style paintings (from the collection), and there is no doubt in my mind that Jackson painted these masterpieces.”

The following short video is from an interview with Francis O’Connor on CBS news program 60 Minutes. Francis O’Connor headed the Pollock Authentication Board (1984-1996)  before it was disbanded in 1996. 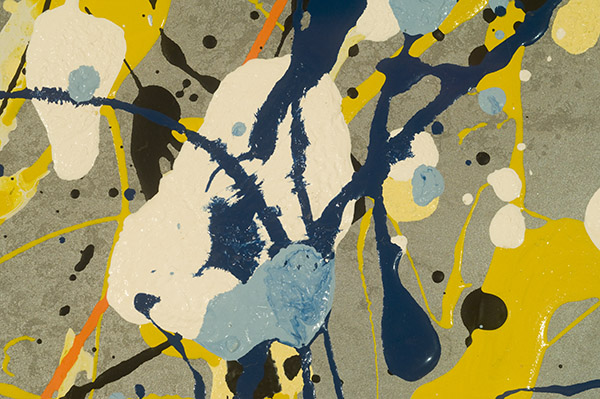